A Business Interest Can Have Many Different Levels of Value

Define it before you assign it 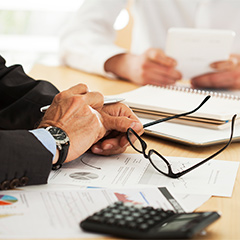 Two key issues when valuing a private business interest include control and marketability. If a business interest possesses elements of control, such as the rights to declare dividends and liquidate assets, then most investors will pay more. They also tend to prefer investments that sell with relative ease and certainty.

There’s an important question to answer before your valuation expert starts gathering information to value a business: What’s the appropriate “level of value” based on the purpose of the appraisal and the characteristics of the ownership interest? Here’s what you need to know to find the answer.

Value on a controlling basis

Potential buyers are typically willing to pay more for a controlling interest than for a minority interest, so the most valuable level is generally a company’s value on a controlling basis. Making discretionary adjustments to the company’s cash flow is the key to arriving at a control value. This may include adjusting for above- or below-market-related party transactions, or owners’ compensation.

Public and private merger-and-acquisition (M&A) methods generate cash-equivalent control values. Some valuators contend that controlling interests take time and resources to sell and, therefore, may warrant an illiquidity discount, regardless of whether they’re based on public or private transactions. No empirical studies exist, however, that directly quantify such discounts for controlling interests.

Value as if publicly traded

In the middle of the levels of value chart is the subject company’s minority, marketable value. Minority shareholders are often unwilling to pay as much per share as controlling shareholders, because sometimes they can’t control day-to-day business operations. Valuators typically arrive at a minority level of value by abstaining from making discretionary adjustments to cash flow, rather than take a discrete discount for lack of control.

Financial statements for public companies may require few or no discretionary adjustments, because professional management teams typically try to maximize earnings per share. Assuming controlling shareholders don’t abuse their discretion (as may be the case with a public company), the pro rata share of a public company’s value on a controlling basis closely approximates the value of shares on a minority, marketable basis. In other words, there’s little to no discount for lack of control in these cases.

Conversely, marketability refers to how quickly and easily shares can be converted to cash, and marketability is worth something to investors. For example, shares of Apple Inc. are sold on the New York Stock Exchange and can be bought or sold simply by calling an investment advisor or trading online. Because they’re based on public stock data, both the guideline public company method and the income approach can generate a marketable value.

Value of a minority interest

Finally, there’s minority, nonmarketable value. Many appraisal assignments call for the value of a minority interest in a private company. This is generally the least valuable of the levels and is difficult to estimate directly, except by using previous arm’s-length transactions of the subject company’s stock. But previous transactions may not exist, or if they do, they may not be relevant.

As described previously, the typical starting point for this level of value is a minority, marketable value. From there, a lack of marketability discount is taken. Sources of empirical data for marketability discounts include restricted stock and pre–initial public offering (pre-IPO) studies.

It’s critical to define the appropriate level of value upfront, because the differences in value from one level to the next can be significant, often 20% or more. Doing so minimizes potential errors, disputes and gaps between the conclusions of opposing appraisal experts.