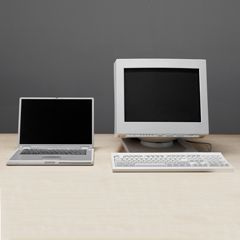 When computer maker Dell decided to delist in 2013, its board agreed to buy out dissenting shareholders for $13.75 per share. The dissenters argued that the buyout price was unfair — and the Delaware Chancery Court recently agreed, valuing the stock at $17.62 per share. In Re: Appraisal of Dell Inc. is a high-profile decision that could potentially add millions of dollars to the cost of Dell’s management buyout.

During the 1980s and 1990s, Dell was a leader in the competitive personal computer market. But after its founder, Michael Dell, left the helm in 2004, the company struggled. Around that time, competitors began offering PCs at lower prices than Dell, and new technology (such as smartphones, tablets and cloud-based storage services) emerged, threatening the company’s market share.

Michael Dell rejoined the company in 2007 and attempted to turn around Dell’s mounting financial distress. In late 2012, Michael Dell proposed a management buyout, because he felt that the public markets didn’t appreciate the company’s new strategic direction and were preventing it from achieving its long-term value potential.

A group of dissenting shareholders alleged that the buyout price was unfair and filed an appraisal rights suit. Both sides hired business valuation experts to determine the fair value of the stock under Delaware law. Courts generally equate this standard of value to the shareholder’s proportionate interest in the company’s going concern on the date of the transaction to which the shareholder dissents.

To value Dell’s stock, both valuation experts used the discounted cash flow method. However, their opinions varied significantly: The dissenting shareholders’ expert valued the stock at $28.61 per share, and Dell’s expert valued it at $12.68 per share.

One reason for the discrepancy was the valuation gap between the stock’s trading price and the operative reality of the company, which hadn’t yet begun to generate the anticipated benefits of management’s long-term turnaround strategy. The court opinion states, “The optimal time to take a company private is after it has made significant long-term investments, but before those investments have started to pay off and market participants have begun to incorporate those benefits into the price of the Company’s stock.”

How the experts factored income taxes into their analyses was another major reason for the discrepancy between their opinions. The dissenting shareholders’ expert applied a 21% tax rate, based on projections given to potential buyers and valuation models prepared by the company’s financial advisors. Dell’s expert used a 17.8% tax rate through fiscal year 2022, and thereafter applied a marginal tax rate of about 35.8%.

The court noted that this marginal rate was significantly higher than the rate Dell had historically paid. The court also ruled that the adjustments Dell’s expert made for a deferred foreign tax liability and unrecognized tax benefits were “excessive.”

This case highlights how two credentialed valuation professionals can arrive at widely divergent opinions — and how stock price may sometimes differ from fair value in appraisal rights cases.

In the end, the court cherry-picked from both experts’ discounted cash flow analyses to arrive at a fair value of $17.62 per share, an increase of about 28% from the original buyout price.