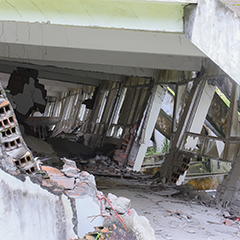 Selecting an appropriate growth rate is a critical step in calculating damages in Texas commercial cases involving lost profits. However, it’s also one of the most challenging. Depending on the amount at stake and the length of the damages period, adjusting the growth rate by just a few percentage points can have a significant effect on the outcome.

It’s essential that your damages expert thoroughly analyze the factors that influence expected revenues and profits, whether you represent the plaintiff or the defendant. As one plaintiff recently learned the hard way, failing to do so can jeopardize the admissibility of damages evidence.

A federal district court excluded the testimony of a forensic accountant retained by the plaintiff to calculate its business-interruption loss in Manpower Inc. v. Insurance Company of the State of Pennsylvania.

The case involved the June 15, 2006, collapse of a building in Paris, France, that housed the offices of a Manpower subsidiary, Right Management (“Right”). Right was covered under Manpower’s $15 million “all risk” insurance policy. The policy contained a business interruption provision that covered Right’s lost profits and extra expenses while it was unable to conduct business at the insured premises.

The plaintiff’s damages expert opined that Right suffered lost profits of €5,125,830 (roughly $7.2 million) and incurred extra expenses of €2,377,746 (roughly $3.3 million) during the 14-month interruption period. The defendant’s insurance company moved to exclude the expert’s testimony regarding lost profits under Federal Rule of Evidence 702, arguing that his conclusions were produced by unreliable principles and methods.

The defendant challenged the plaintiff’s use of the 7.76% growth rate, arguing that there were several other growth rates he should have considered, including the company’s 4.79% annual growth rate from 2003 to 2006 and its 3.8% growth rate from January 2005 to May 2006. The expert’s rationale for selecting the 7.76% rate was that Manpower had recently acquired Right and installed new management in an effort to turn the company around. Those efforts, he said, paid off beginning in late 2005, so the company’s growth in early 2006 was a good predictor of its future growth.

The fatal flaw in the expert’s method was that he assumed that Right’s growth in the months leading up to the building collapse was the result of new management, based on nothing more than conversations with company managers. He further assumed that the company’s growth would continue unabated during the 14-month interruption period. He “did no economic analysis of the various factors affecting Right’s revenues,” the court observed, “and did not make any effort to determine whether the growth Right experienced in the first five months of [2006] was the result of factors other than new management.”

Without a thorough analysis of the various economic factors that affected the company’s growth, there was no basis for selecting one growth rate over another. The company’s growth spurt might have been caused, for example, by industry conditions that may or may not have continued throughout the interruption period. Or it might simply have been an aberration. The court cited other flaws in the case as well.

It’s advised to work closely with your damages expert to ensure that you select a growth rate that’s both reasonable and supported by sound, well-documented economic analysis in cases involving lost profits,. As the Manpower case illustrates, failure to do so can have devastating consequences.