Is it Time to Switch to Subchapter S Status? 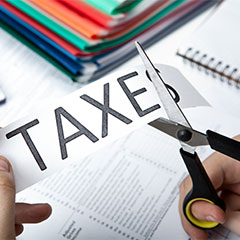 As Baby Boomers approach retirement, they have to face the fact that no one can work forever. If owners of C corporations are contemplating a sale, they may be able to save substantial corporate-level taxes by electing to operate as a “pass-through” S corporation.

Here’s more about this tax break, including details on who might benefit:

Wait out the recognition period

There are numerous financial, legal and strategic benefits of Subchapter S corporations. One of the main upsides is that these entities generally aren’t taxed at the corporate level. That is, income, losses and gains pass through to the owners’ individual tax returns.

However, a company must have been an S corporation for at least five years to avoid corporate-level taxes when selling assets or transferring equity. If a deal occurs before this recognition period ends, only the appreciation in value from the time of electing S status will escape double taxation — the “built-in” gain (gain that occurred while the company was a C corporation) will still incur corporate-level taxes.

Under the Protecting Americans from Tax Hikes (PATH) Act of 2015, the recognition period for built-in gain was recently shortened from ten years to five years. This change makes it easier for business owners to escape double taxation.

Owners should act now to save taxes later if they are considering selling all or part of their business. The sooner S status is elected, the sooner you’ll get through the recognition period.  While there are strategies that may reduce the gain even if a sale occurs before the full recognition period is over, meeting the five-year requirement will eliminate the need to pursue the alternatives.

It’s important to note that Subchapter S status doesn’t make sense for every business. For example, companies that are large enough to go public or be acquired by a publicly traded company might not benefit, because publicly traded companies don’t qualify. S status is only granted to domestic, calendar-year companies with 100 or fewer shareholders. Corporations, partnerships, certain foreign individuals, and ineligible corporations can’t participate in S corporations.

In addition, S corporations that pay distributions must make pro rata payments based on each owner’s percentage of the business.

Owners contemplating a sale, or retiring Baby Boomers, should weigh the pros and cons of electing S status. A valuation may be needed to establish value before and after the S election for tax purposes, if a newly elected S corporation transfers assets or equity before the recognition period ends. A valuation professional can help minimize the risk of IRS inquiry and take the guesswork out of these estimates.

« Spotlight on Marketability
How to Estimate Reasonable Owners’ Compensation »