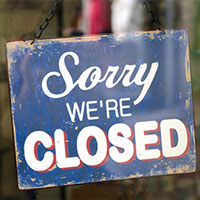 Many businesses in Houston, Texas will be dealing with damage control in the aftermath of the hurricane. Healthy cash flow is essential to the survival of a business. Even companies that are highly profitable on paper can’t survive long without a healthy cash flow. That’s why a business “interruption” is so dangerous. Whether it’s minor, such as a lightning strike that shuts down production for a day, or major, such as a lengthy labor strike, a business interruption not only reduces income, but also simultaneously creates new expenses. Restoring normal operations as quickly as possible is the key to surviving a business interruption, and insurance plays a critical role.

Most businesses in Houston and other areas in Texas don’t have the luxury of waiting for a settlement or court judgment, even if an interruption is caused by another party’s negligence or other wrongful conduct. Business interruption insurance can replace lost income and cover extraordinary expenses, such as the cost of repairing a building or replacing damaged equipment, while management focuses on getting back to business as usual.

Filing a detailed “proof of loss” within a short period (30 days, for example) after a loss occurs is required by most policies. Then, after a preliminary review, the insurance carrier makes an initial estimate of the loss and establishes a loss reserve. Once this reserve is set, it can be difficult to convince the carrier to accept a larger claim, so make sure you document your losses as accurately as possible.

Estimating damages with a reasonable degree of accuracy in the early stages also demonstrates to the carrier that you’re acting in good faith and supports requests for advance payments from the carrier — a boon for your company’s cash flow. Rarely is it effective to throw out a large number just to get something on paper and then filling in the blanks later.

Make sure you get financial advisors involved soon after the loss occurs. The insurance company’s experts have no incentive to interpret the facts in the insured’s favor, so it’s up to your experts to educate the carrier about the nature of your business and the financial impact of the business interruption.

Although most policies reimburse the insured for some form of “lost business income,” there’s room for interpretation regardless of how that term is defined. Even an insured’s method of accounting can have a significant impact. If its financial statements are prepared using the cash method, for example, the carrier’s first impulse might be to calculate the loss on that basis. But the insured’s financial experts may be able to demonstrate that the accrual method more accurately reflects its damages.

Establishing the insured’s lost income is one of the biggest challenges in putting together a business interruption claim. Insurers tend to focus on a company’s track record to project what its revenues would have been but for the interruption. A financial expert who’s familiar with the business and its industry may be able to point to certain factors — such as industry trends, market changes or company-specific developments — that indicate a higher level of growth going forward.

Suppose, for example, that a labor strike causes a manufacturer to shut down production for a month. Variable costs — which increase or decrease with the level of production — would be avoided during the interruption period and, therefore, wouldn’t be reimbursed. But fixed costs, such as rent and other overhead, would continue. To make the manufacturer whole, therefore, these costs shouldn’t be subtracted in determining its recoverable loss.

Often, the insured’s duty to mitigate its loss is an area that’s ripe for controversy. There are many actions a company can take to limit its damages, but not all of them are reasonable. For example, you might be able to reduce your company’s loss by laying off salespeople or other staff. However, that may not be a smart move if the business interruption is relatively short, the cost of hiring replacements when normal operations resume is high, and the loss of experienced staff would hurt your company in the long term.

Make sure you address these issues early in the process, and educate the insurer about the costs and other implications of various mitigation strategies.

Also critical to measure, is the period of time that your business’s operations are interrupted. That’s because you’re entitled to recover business income you would have earned during that period but for the interruption.

A typical definition of the loss period is the “length of time that would be required with the exercise of due diligence and dispatch to rebuild, repair or replace” the damaged property. Some policies provide (or have been interpreted by the courts to provide) extended coverage, allowing a business to recover losses beyond the time it takes to restore the property to its original condition.

A financial expert with relevant business experience can help you estimate and document an appropriate loss period, whatever the policy’s terms may be.

In order to survive a business interruption, you need to move quickly to estimate the losses and put together a persuasive, well-documented insurance claim. The assistance of financial experts with experience calculating lost profits damages can be invaluable because this requires you to establish the business’s lost income and extra expenses during the interruption period.

Determining the scope of coverage

If you’re required to rebuild your facility, what costs are reimbursed by the policy? Depending on the policy language, some courts have found that the insured should be reimbursed for the extra cost of safety enhancements or other improvements that would help avoid a similar business interruption in the future.

Addressing scope-of-coverage issues early is critical to a successful business interruption claim. For example, does the policy cover extraordinary expenses, such as the cost of operating the business at a temporary location until the original location is restored?

Does the policy cover “denial of access” losses? This can occur when a natural disaster or other incident causes governmental authorities to block access to your property for security reasons, even though the property isn’t damaged.