The Role of Forensic Skepticism in Lost Profits Calculations 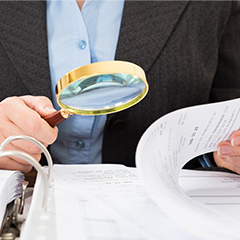 Financial experts have a variety of tools at their disposal for calculating lost revenues and avoided costs when analyzing claims for lost profits or other business damages. However, it’s also critical to look behind the numbers for signs that they might have been manipulated or falsified. This “forensic skepticism” is part of what makes forensic accounting and damages analysis an art as well as a science.

Here is a hypothetical example to consider: An explosion and fire shut down XYZ Chemical Company’s plant for six months, causing the company to file a claim under its business interruption insurance policy for lost profits and other damages.

XYZ’s insurance policy defined lost profits as “net profit before taxes, plus continuing normal operating expenses, including payroll.” Business interruption policies typically compensate the insured for certain payroll and other continuing expenses to relieve the business owner from the burden and expense associated with replacing key employees once operations are restored.

A claim was submitted by XYZ for lost profits in this case, that included the continuing salaries of its eight regional sales managers. The company also provided copies of payroll tax returns to substantiate the expense. The forensic accountant who reviewed the claim became suspicious after interviewing the sales managers.

After further investigation, it was revealed that the payroll tax returns had never been filed and the taxes hadn’t been paid. In addition, it was discovered that all eight employees had applied for and were collecting unemployment benefits, after inquiries were made with relevant government agencies. As a result of the expert’s forensic skepticism, payroll costs were eliminated from XYZ’s lost profits and damages claim.

There are many ways that financial experts can dig beneath the surface to produce more accurate computations of lost profits, and this is just one example.