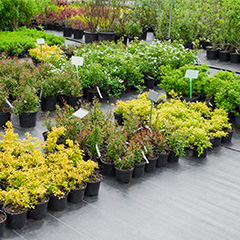 A New Jersey trial court applied a 25% discount for lack of marketability (DLOM) to punish a selling shareholder for his oppressive behavior toward the purchasing shareholder, in this appraisal rights case. In New Jersey and other jurisdictions that follow similar rules, some valuation professionals worry that this decision could set an undesirable precedent.

Each brother claimed he was an oppressed shareholder. The court granted the plaintiff’s application to purchase the defendant’s shares under New Jersey’s Business Corporation Act, after a lengthy review of the parties’ grievances. This law authorizes the court to compel any shareholder who’s a party to litigation to sell his or her shares either to the corporation or to any other shareholder party for “fair value” in lieu of dissolution.

The brothers hired experts to value the defendant’s interest in the commercial installation business when the lawsuit and subsequent countersuit were filed. (The wholesale and garden center business closed a year after the trial began.)

Both experts used the discounted cash flow method. After adjusting his original cash flow assumptions at trial, the defendant’s expert issued a modified report that valued the business at $1,789,000. (His original report concluded that the business was worth $4,887,000.)

The plaintiff’s expert, using slightly different assumptions, concluded that it was worth $1,356,000. Then he applied a 15% discount for lack of control and a 25% DLOM. In addition, he adjusted his appraisal for $167,000 in shareholder distributions.

The court didn’t allow any adjustments for lack of control or shareholder distributions. But, it accepted the plaintiff’s expert’s preliminary business value ($1,356,000) and his 25% DLOM.

Private business interests may warrant a DLOM when estimating fair market value, because there’s no readily available market for transferring ownership and/or shareholder agreements may limit stock transfers. When estimating fair value in an appraisal action, the New Jersey Supreme Court has held that marketability discounts generally shouldn’t be applied. But the law also gives trial courts substantial discretion in determining whether to apply a DLOM to achieve a “fair and equitable” result.

Some valuation experts argue that a DLOM should be explicitly tied to the facts of the subject company — such as the size of the block, restrictive shareholder provisions, dividend-paying capacity and historical dividend payments — rather than the oppressive conduct of the parties. And they believe this case sets a worrisome precedent.

Learning lessons from other business owners

It’s important to be aware of case law in Texas and also across state lines. Appraisal rights laws vary from state to state. But courts sometimes look to other jurisdictions for guidance when there’s limited precedent in a state, especially if the state has enacted similar rules.