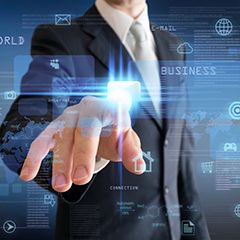 Last week I finished reviewing a business valuation experts report for a litigation case. The appraiser used a NAICS code that, on the surface, appeared to have a valid description of the company. In fact, I instructed one of my employees to start the RMA Benchmarking analysis based on the NAICS code received from the other appraiser. About two days later I called the client to discuss some issues related to the valuation that I was supposed to complete and provide a report. In passing, I mentioned the NAICS code and what his company was supposed to be doing.

The appraiser on the other side of the case never asked management if the NAICS code they selected was correct or if it was reasonably close to what they did. The NAICS code that they used was incorrect. My office sent the client a link to the NAICS website and walked the client through the maze and the client determined the “appropriate” NAICS code for his company.

This sounds like a minor error but it has s significant impact on the valuation performed by the other Expert. First, they selected and included industry analysis in the report that was not comparable to the clients industry. Second, the benchmark analysis that they used using RMA was all incorrect. Third, the conclusions used to develop the company specific risk, based on the benchmarking was incorrect. And fourth, the analysis to determine market share is based on incorrect information.

These are not all the issues involved as a result of using an incorrect NAICS code. Be sure to take that extra few minutes and confirm the NAICS code with the client.