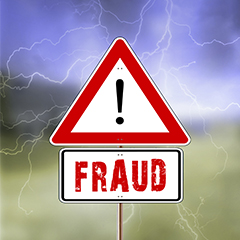 A company’s value may be largely impacted when fraud strikes. According to the 2016 Report to the Nations on Occupational Fraud and Abuse, the Association of Certified Fraud Examiners (ACFE) estimates that companies lose approximately 5% of revenues to internal theft and financial misstatement each year. Here’s how this statistic relates to the value of a business and how valuation professionals factor fraud into their analyses.

Understand the Impact on Value

However, the company’s actual losses could be higher or lower than this estimate. And this analysis doesn’t include indirect fraud costs, such as lost accounting and legal fees, productivity, reputational damage, and reduced goodwill that can also affect business value.

Since fraud takes a significant toll on companies, it’s important for the business valuation process to identify potential fraud risks and gauge whether management has taken appropriate action to mitigate those risks.

Not only does fraud drain company resources, but it also lowers morale, distracts management, results in regulatory actions, and can eventually lead to bankruptcy. All else being equal, companies with higher fraud risks warrant higher discount rates or lower pricing multiples, or both.

A company’s most powerful fraud deterrent is a strong system of internal controls. In addition, a vigilant corporate culture can make a big difference in deterring fraudulent acts. But because the internal control system can be intentionally circumvented, neither provides an absolute guarantee against fraud.

Internal controls and corporate culture are evaluated by valuation professionals by looking for formal codes of conduct, reporting hotlines, antifraud training, and clear channels of communication between frontline workers and their supervisors. Management is also interviewed to observe for subtler clues.

For example, appraisers might inquire about the extent to which managers pressure subordinates at month- or year-end to meet goals. Or they might ask about previous fraud occurrences and how they were resolved. Careful, consistent handling of fraud cases speaks volumes about management’s attitude toward fraud risk.

The size of a company can affect its overall risk profile. Generally, small companies are perceived to be riskier (and warrant higher returns from investors) than larger companies. One reason is that smaller businesses often lack adequate fiscal and human resources so they tend to be more vulnerable to fraud. They also tend to have fewer internal controls in place to deter and detect scams. So, fraud strikes small, private businesses more frequently. In addition, their losses tend to be more costly and devastating over the long run.

The 2016 ACFE study revealed that corruption was more prevalent in larger organizations, while check tampering, skimming, payroll and cash larceny schemes were twice as common in small organizations as in larger ones. Industry also affects the fraud risk assessment. In the cases reported in the 2016 ACFE report, the most represented sectors include:

These findings underscore the need for valuation professionals to customize their fraud risk assessments, depending on the size and industry of the subject company.

« Beware of Valuation Provisions
Valuation Looks to the Future, Not the Past »