What’s the Outlook for FLPs? 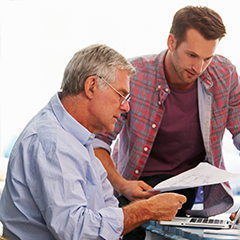 For family limited partnerships (FLPs) and other family-controlled entities, the viability is uncertain. To curb what the IRS considers abusive estate planning practices involving these entities, in August 2016, the IRS proposed changes to the tax code.

However, the proposal has been widely criticized for being too broad and general by business owners, practitioners and even the American Institute of Certified Public Accountants (AICPA). Critics are especially surprised that the proposal appears to 1) extend to operating businesses, and 2) eliminate valuation discounts for lack of control or marketability for family-controlled entities.

When the Treasury Department met on December 1 to discuss this proposal, it was the most highly attended IRS public hearing ever. Although 36 people testified during the full-day session, only one argued in favor of the proposal as it’s currently written.

As of now, the IRS must decide whether to proceed with the proposal — despite widespread criticism — or abandon it. If the IRS moves forward, it’s likely to issue another proposal to help clarify its intentions, rather than finalize the existing proposal,.

The current version of the proposal calls for changes to IRC Section 2704 that address the treatment of certain lapsing rights and restrictions on liquidations in determining the value of transferred interests in family-controlled entities. More specifically, it includes provisions to:

Additionally, in an effort to preserve valuation discounts, the proposed regs address FLPs that include charities and other unrelated parties as partners.

The future is unclear

During the hearing, Catherine Veihmeyer Hughes, estate and gift tax attorney-advisor in the Treasury’s Office of Tax Policy, assured that: 1) valuation discounts won’t be completely eliminated under the new regulations, 2) the regs aren’t intended to impose a deemed put right, and 3) the three-year lookback provision won’t be retroactive.

Republican tax reform proposals are calling for repeal of the estate tax, despite IRS enthusiasm for this proposal. Depending on if, when and how the estate tax rules are changed, the IRS proposal targeting family-controlled entities may not be a priority under the new administration.

To get the latest information, check with your valuation advisor.